[Women and Children's Medical News] When the secret of hard-to-find encounters the "hymen complex", how does the bear doctor kno

12 years old, the age of the flower season
Xiao Yan is a sunny girl with a flower season waiting to be released.
But she has a secret that is hard to tell...
Condition
Beginning in 2017, the 11-year-old Huidong girl Xiaoyan began to appear vaginal flow of yellow pus for unknown reasons, accompanied by bursts of odor, the shy little girl told her mother about this trouble. Mother took her to see a doctor in Huidong and Huizhou hospitals. The doctors were treated with gynecological inflammation, but the symptoms did not improve. This trouble makes the mother and daughter sleepless.
Diagnosis
In the summer of 2018, my mother led a small donkey to come.
Director of the Department of Gynecology, Guangzhou Women and Children's Center, Department of Dermatology, Director of the Department of Stone, only based on a history of acute diagnosis of "congenital abnormalities - vaginal rectal syndrome"
, gynecological and urinary ultrasound tips: congenital uterine dysplasia, consider double-horned uterus; vaginal effusion; right kidney compensatory increase; left kidney deficiency?
According to Xiao Yan's medical history description and preoperative MRI examination, Director Shi Yan quickly judged her to be a type II vaginal septum. It is imperative to remove the oblique septum to avoid infection, pelvic inflammatory disease, tubal empyema and endometriosis. Bad consequences such as illness, thus affecting future fertility.
Hysteroscopic vaginal oblique incision
Preoperative talks accounted for the condition, treatment plan and the risk of surgery. Xiao Yan heard a sudden popping out: "The hymen may rupture?! How can I marry in the future!" "Hey!" The doctor couldn't help but laugh. "The little girl thinks quite a lot. If you don't do this surgery, you can't marry anyone. Don't worry, we will minimize this risk!"
On the day of the official operation, Dr. Shi Wei led the surgical team to enter the hysteroscope through the vaginal opening under the supervision of B-ultrasound. The left side wall of the vagina was slightly raised in the natural cavity, and a mesh was seen. A small amount of yellow was seen outside the mesh. Pus. Find the right position, cut the mesh hole, cut off the partition, and pour out a lot of pus. In the end, with the joint efforts of everyone, the operation of Otaru was successfully completed, and the advantages of hysteroscopic micro-non-invasiveness were successfully used to preserve the integrity of the hymen. 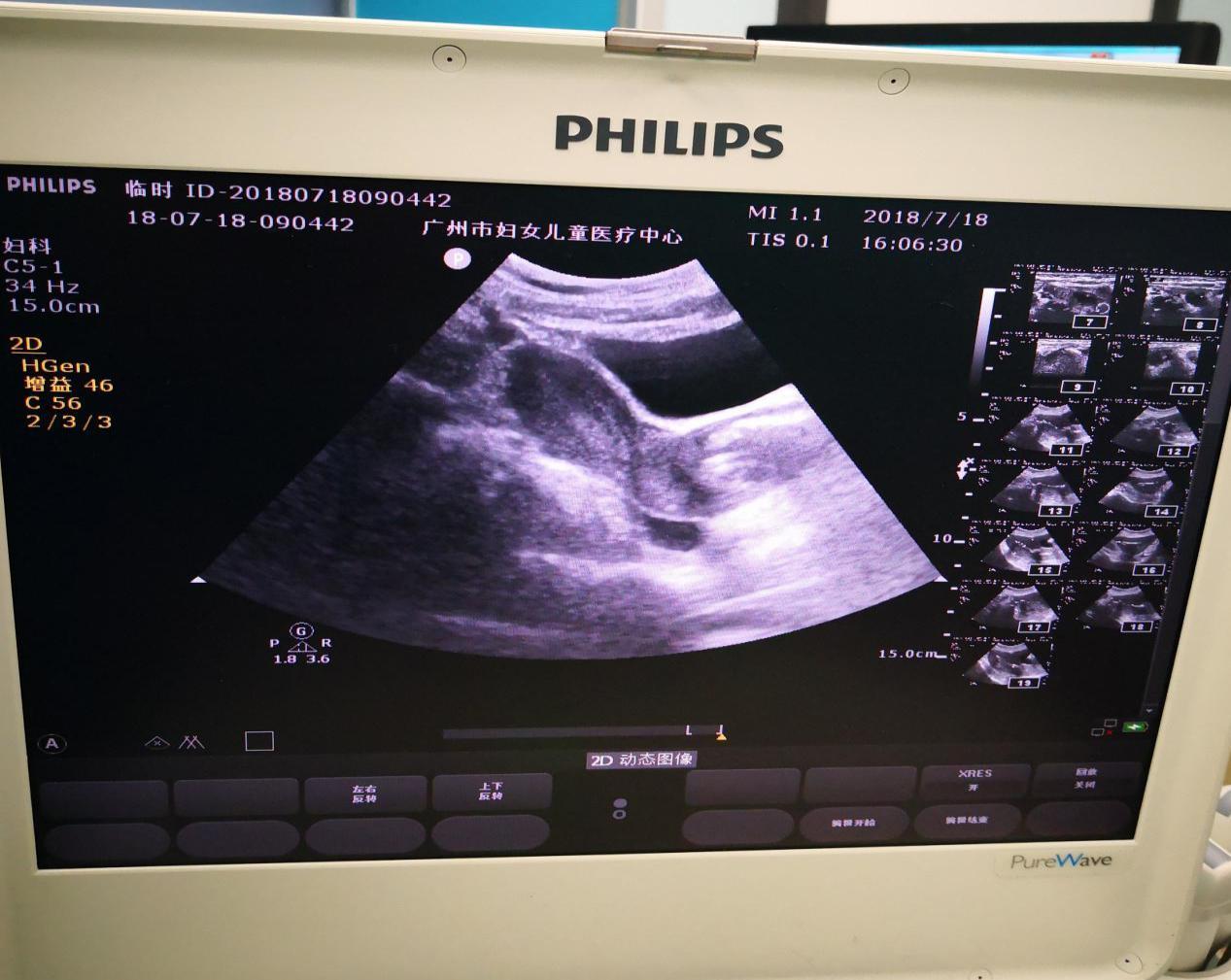 ▲Review of normal uterine morphology under B-ultrasound
The second day after surgery
Xiaoyan has no fluid pus
The mother and daughter were finally discharged with a comfortable smile.
Since then, this flower girl has no more difficult secrets. 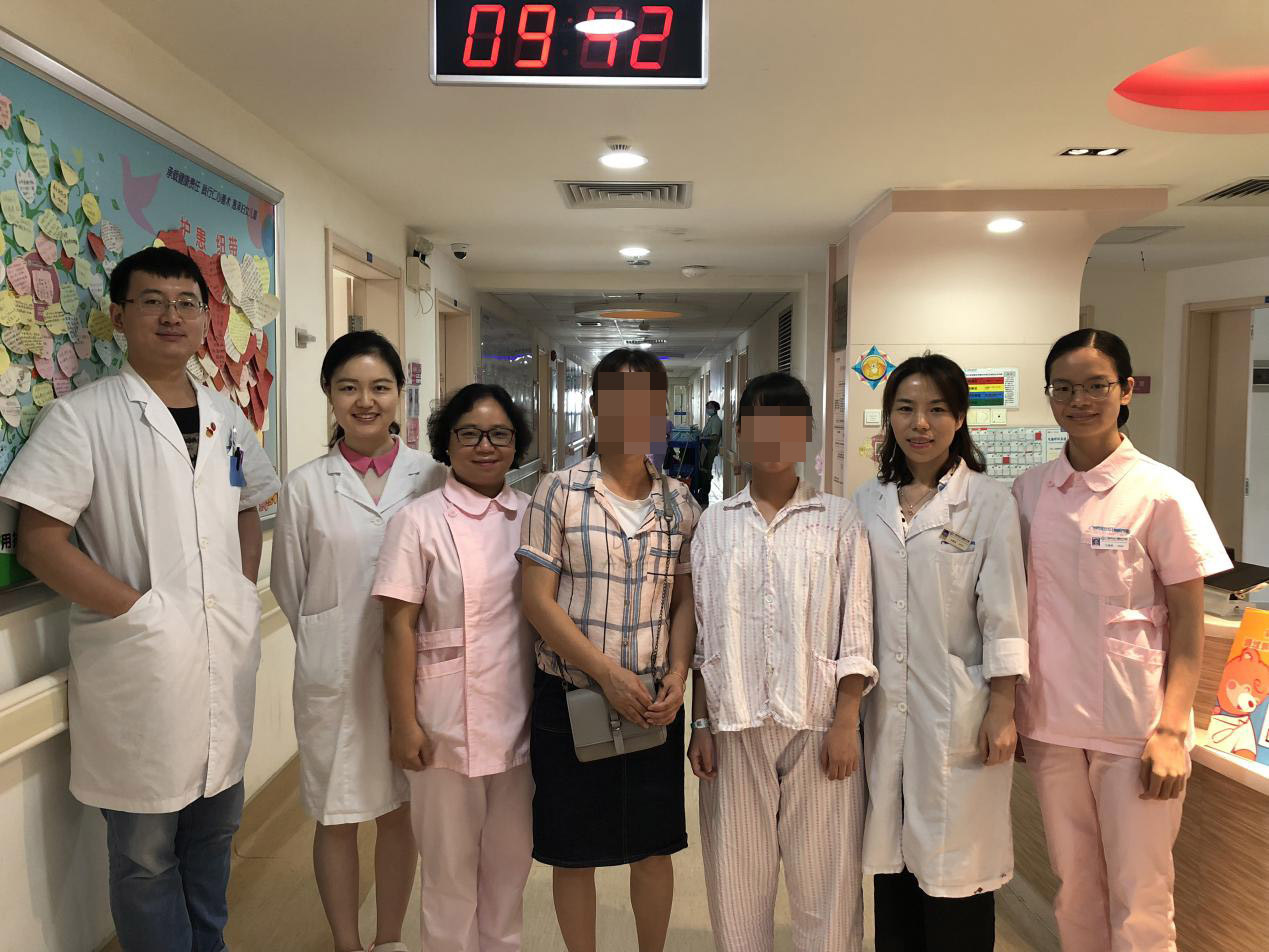 ▲Mr. Xiaoyan mother and daughter and cancer gynecological ward medical staff
Zhiduo D: About "vaginal sloping"
Usually, a normal woman has only one vagina and one uterus. The cervix is ​​connected to the vagina and the uterus like a door. In patients with vaginal italic syndrome, "two doors" and "two rooms" appear side by side at the end of the vagina. That is, there are two cervix and two uterus, and there is a slanting septum in the vagina, just like a "pouch", so that the menstrual blood is deposited here, can not be discharged normally, leading to symptoms such as dysmenorrhea and vaginal discharge. Such patients are often accompanied by occlusion of the atresia of the kidney. Vaginal oblique septal is not a very rare genital malformation. The case was first reported in the literature in 1922, the incidence rate is 0.1%-3.8%. Clinicians often have misunderstandings and delays in treatment due to insufficient understanding of the disease. Early identification And diagnosis is critical to the patient's prognosis. 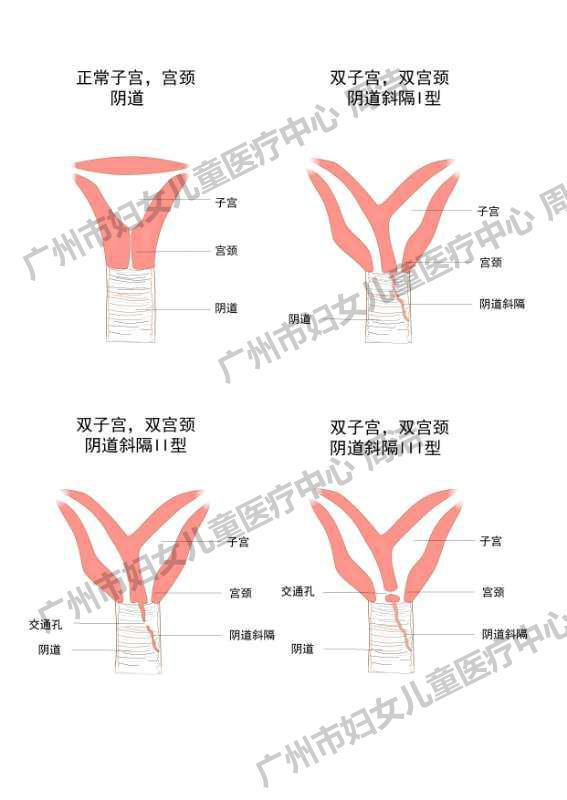 The vaginal sulcus is divided into three types. The type I is a non-porous slant. The uterus is completely isolated from the outside and the other uterus. In the past, the blood accumulated in the posterior chamber. Symptoms of periodic abdominal pain. Type II is a perforated slant with a few millimeters of small holes. The posterior chamber is isolated from the other side of the uterus, and the menstrual blood is dripped through the small holes, resulting in poor drainage. Such patients usually present with a small amount of brownish secretions in the intervaginal vagina or endurance through the blood, with purulent secretions associated with infection. Type III is a non-porous septum with a cervical fistula. There are small fistulas between the two sides of the cervix or between the posterior and posterior cervix. The uterus menstrual blood can be removed through the other side of the cervix, and the drainage is not smooth. The clinical manifestation is prolonged menstruation, which may have purulent secretions when infected.
Expert introduction: Shi Jie
Chief physician, professor, medical doctor. Master's tutor, doctoral tutor. He is currently the deputy director of the Department of Obstetrics and Gynecology, Guangzhou Women and Children Medical Center, and director of the Department of Oncology. He graduated from Harbin Medical University in 1995 and studied in Japan in 2000. Published 12 articles in SCI. He has presided over one National Natural Science Foundation project, two other national-level projects, and two provincial-level projects. Committed to clinical teaching and research work in obstetrics and gynecology. Good at diagnosis and treatment of gynecological inflammation, cervical lesions, and gynecological benign and malignant tumors. Specializes in surgical treatment of laparoscopic gynecological benign and malignant diseases, comprehensive treatment of gynecological tumors.
Source: Oncology Gynecology Liu Yaqiong, Zhou Jie