“The first time I saw a fishbone from the enlarged adenoid tissue during the operation!” Chen Yanqiu, deputy director of the Department of Otorhinolaryngology, Guangzhou Women and Children Medical Center, expressed such feelings after the operation.
On the morning of October 11th, in the daytime operation room of the Municipal Women and Children Center, the deputy director of the Department of Otolaryngology Chen Yanqiu performed a total adenoidectomy for a 5-year-old child Yiyi (a pseudonym). During the operation, during the removal of a portion of the adenoids, the director Chen found a trace of fine things. After taking it out, he took a closer look and turned out to be a fishbone! Originally an ordinary adenoidectomy, I did not expect an unexpected harvest - took out a fishbone hidden in the longitudinal groove of the adenoid for several months. Director Chen felt that he had never seen this situation since he started his career. The fishbone was deeply hidden and could not be seen before the operation. It was also a little elastic after being taken out. 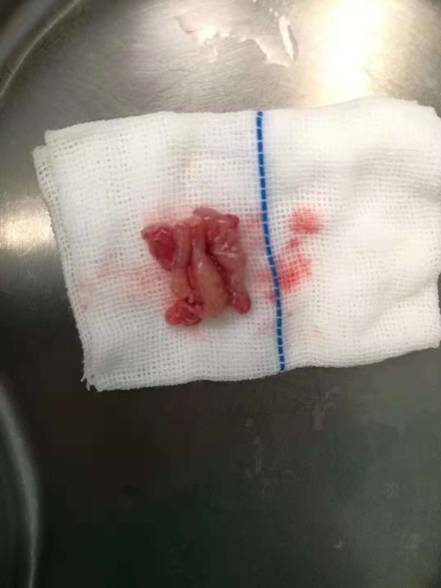 Surgical removal of adenoids
The fishbone usually catches the throat, but why does it go against it, hiding the adenoids at the junction of the top and back wall of rhinitis? After the operation, Director Chen immediately communicated with the mother of the child with questions. According to Yiyi’s mother’s memory, it’s been a long time to think about it. It’s very likely that Yiyi was in the process of drinking fish soup in the first half of this year. At that time, Yiyi had a short-term uncomfortable foreign body sensation after drinking the fish soup. He coughed twice, but there was no discomfort at the moment, and the parents did not take the matter to heart.
Until the morning of October 11, the Yiyi, which caused sleep snoring and mouth breathing for more than a year, was sent to the city women's center day surgery room for surgery. The careful surgeon doctor Chen Yanqiu was in the adenoid longitudinal groove. The fishbone, which was buried for several months, was found inside. The fish thorn is hidden in the position of the back of the nasal cavity, that is, the lymphatic tissue of the nasopharynx. Generally speaking, when people eat, the soft palate will be closed and the food will not come up. Director Chen Yanqiu analyzed that there are two possibilities for the fish thorn to be hidden in this part: one is that the fishbone enters from the nose, and the probability is extremely low; the second possibility is that the child is drinking fish soup at the time, and the soft cicada in the process of coughing Open, the fishbone is "rushed" back into the adenoid longitudinal groove, and then quietly hide there. 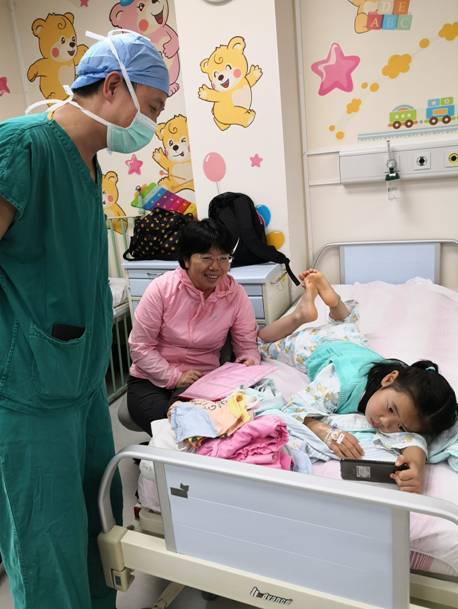 After the operation, Director Chen Yanqi asked about the situation of the child.
The adenoidectomy was successfully completed in less than an hour, and the child recovered better after surgery. He was discharged from the hospital and returned to rest in the afternoon. A seemingly common adenoidectomy has brought about an unexpected harvest – taking out the long-buried fish bones. Seemingly accidental, but in reality, seemingly small things, in fact, big things.
(Li Wen, liaison department)